The world’s first electromagnetic sled accelerates a maglev at a speed of 1,000 kilometers in Jinan, Shandong

It was previously reported that the China Academy of Sciences Science and Technology Innovation City’s Advanced Electromagnetic Driven Technology and Equipment Project is a major project in Shandong Province in 2021 with a total investment of 3.3 billion yuan (RMB). is committed to building a national innovation base of advanced electromagnetic drive technology. The construction of the project is expected to start in October 2019, the electromagnetic sled and auxiliary aids will be completed and delivered in September 2021, and will be officially put into operation at the end of December 2021.

It is understood that the electromagnetic sled project will provide conditions for testing advanced materials, high-speed aerodynamics, impact and collision mechanics, and other basic scientific research and research.

According to Zhou Qinghe, deputy of the National People’s Congress, party secretary and chairman of CRRC ZELC, on Thursday (10th), the first commercial maglev 3.0 train developed by CRRC ZELC with fully independent intellectual property rights was launched in China. launched at Tongji University in Shanghai. High-speed maglev test line has completed the relevant dynamic testing, as well as joint system debugging and joint testing. The estimated speed of the train is 200 kilometers per hour, and a number of technologies have made new breakthroughs, filling the international gap.

It is also driven by a medium speed maglev long stator synchronous linear motor known as the “heart” of the train. further reduce the weight of the train, and significantly increase acceleration, deceleration and average speed. Compared to the commercial maglev 2.0 train, its traction efficiency is increased by 20%, the gradeability is increased by 30%, and the acceleration time is reduced by more than 50%. 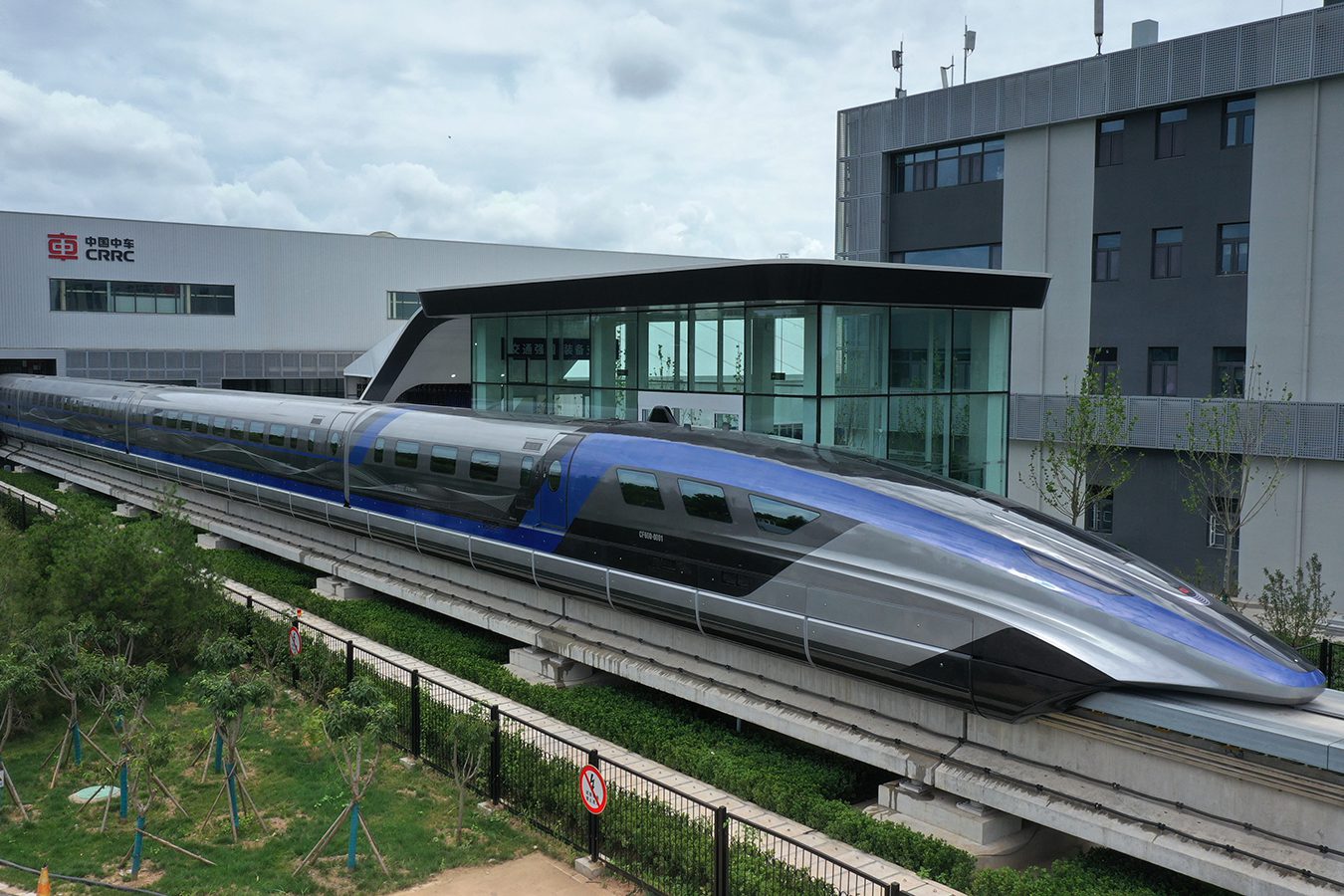 At the same time, unlike the contact current reception of commercial maglev 1.0 and 2.0 trains, commercial maglev 3.0 trains are the first in the world to use on-board linear motors for induction power supply, which can transmit inductive power supply wirelessly. at low speed and in stationary mode, completely eliminating current-sink resistance and current-sink noise., to achieve a completely non-contact “ground flight”. It is also equipped with an active guidance control system with adaptive function. Compared with commercial maglev 2.0 trains, the curve speed is increased by more than 15%, and the crosswind resistance is improved by at least 2 levels. the existing advantages of maglev transportation system, it can realize high density, small group, public transportation, quick start and quick stop, and effectively reduce the system construction cost and life cycle maintenance cost, and the project cost will be greatly reduced compared with the existing domestic high-speed lines on a magnetic suspension.