US President Donald Trump met with North Korean leader Kim Jong-un at the demilitarized zone on the border of South and North Korea. The meeting of the leaders of the two countries in this place took place for the first time in history. Trump also became the first US president to visit North Korea.

“It’s good to see you again,” Trump told Kim Jong-un at the beginning of the meeting. Initially it was expected that the meeting would be short and limited to a handshake and a little dialogue.

After a handshake, Donald Trump crossed the demarcation line and ended up on the territory of the DPRK. He took a few steps, after which both leaders shook hands again and crossed to the south side of the DMZ.

Trump unexpectedly invited Kim Jong-un to meet on the border of the two Koreas
“Great meeting and dinner.” Trump and Kim start talks in Hanoi 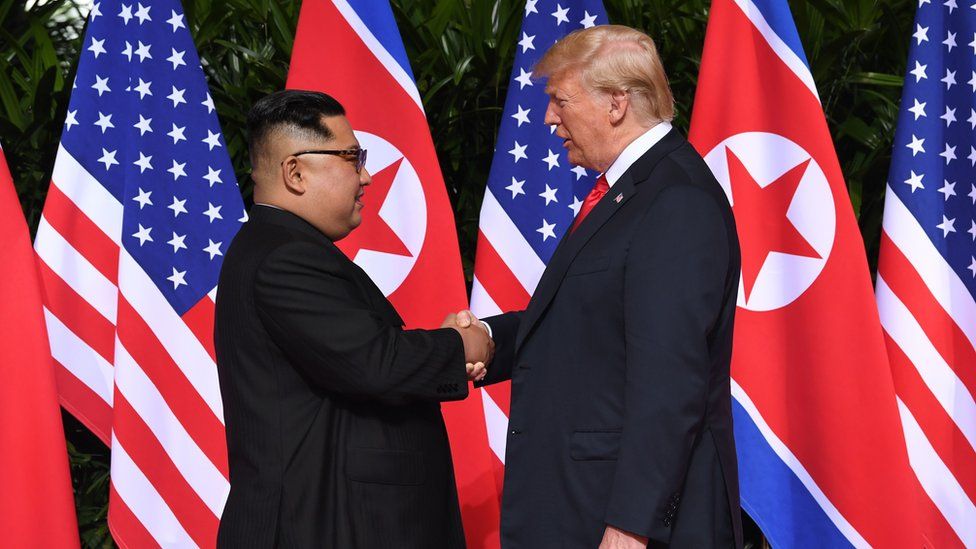 Trump and Kim signed an agreement. What does it say?

During a conversation with reporters, Trump said that the symbolic border crossing was “a great honor” for him.

“President Trump has just crossed the demarcation line, making him the first [US] president to visit us. This expresses his desire to work for a better future,” said Kim Jong-un.

After a short conversation and communication with journalists, the presidents went to the building for negotiations – the so-called Freedom House – and continued the meeting there. After some time, journalists were let into the building.

“I want to thank him. If after I posted the invitation on social networks, he didn’t show up, the press would put me in a very bad light,” Trump said.

After the meeting, Trump and South Korean President Moon Jae-in escorted Kim Jong-un to the demarcation line.We quickly, simply and clearly explain what happened, why it is important and what will happen next.

Until the last moment, the very fact of the meeting between Donald Trump and Kim Jong-un was in doubt.

Trump tweeted about plans to meet with the head of the DPRK ahead of his visit to South Korea. Initially, it was reported that the purpose of the visit was to salvage stalled negotiations with North Korea on denuclearization.

Already at the G20 summit in Osaka, Japan, the US president clarified the meaning of his tweet and said that he had decided to “cast a bait” to Kim Jong-un.

“If he hears, we will have a meeting in two minutes – and that will be enough,” Trump told reporters.

On Saturday, the White House released Trump’s work schedule, which allowed 15 minutes to visit the zone separating North and South Korea. There was no talk of any meetings in the schedule.

On Sunday, Trump arrived at the Panmunjom border checkpoint by helicopter, after which he climbed to the observation deck of the observation post and inspected the DPRK positions along with South Korean President Moon Jae-in.

The meeting with the North Korean leader that took place after that was the third meeting between Trump and Kim Jong-un. The first ever U.S.-North Korea summit was held in Singapore in 2018.

Then Trump and Kim Jong-un signed a joint document in which Pyongyang committed itself to the denuclearization of the Korean Peninsula in exchange for security guarantees from Washington.

The demilitarized zone where the two leaders met is a narrow strip of territory along the North Korean-South Korean border that no incumbent US president has visited before Trump. 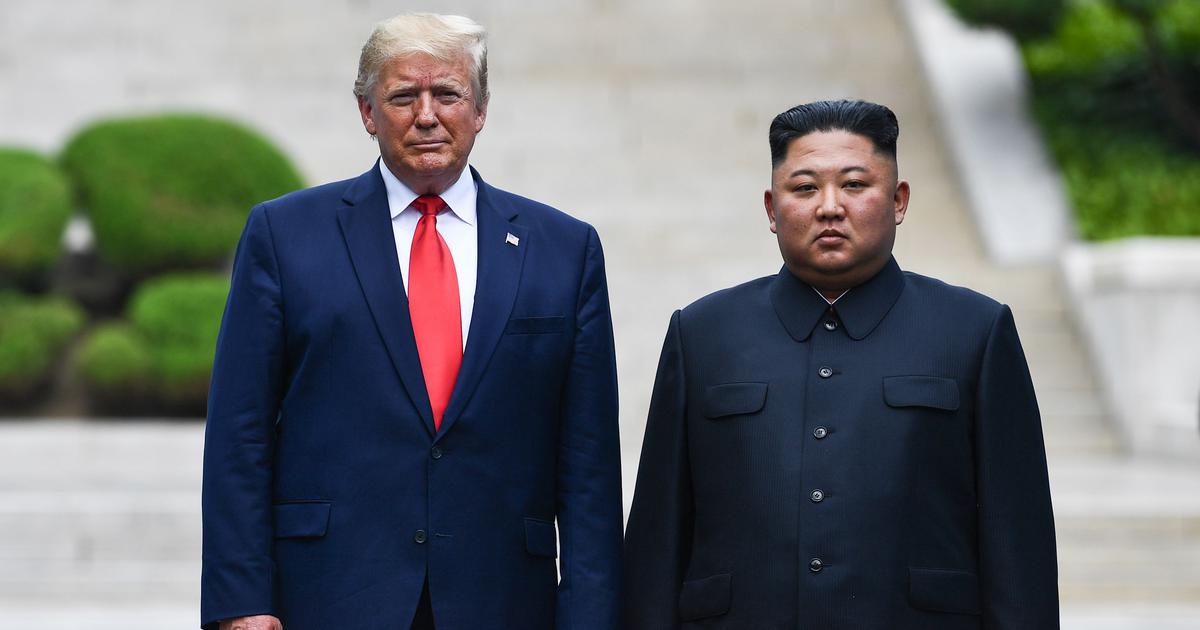 Picture perfect for TV, but what’s the point?

Donald Trump once advised his team at the White House to live like every day was a reality show. He himself, however, prefers to direct his presidency on his own. Meeting Kim is a classic example of this Trumpian direction. A diplomatic spectacle that began early in the morning during the G20 summit with an unexpected tweet and ended with a meeting that would normally have taken months to set up.

The situation – a demilitarized zone on the border of the two Koreas – is as symbolic as possible. Trump got the opportunity to make one of the most memorable and demonstrative gestures of his career. He crossed the 38th parallel and set foot in territory that had hitherto been considered hostile. A threshold that no US President has ever crossed.

The picture is breathtaking. But what is the meaning of what is happening? Trump’s unorthodox diplomacy has certainly contributed to reducing tensions in the Korean Peninsula, but in no way prevents the DPRK from further building up its nuclear arsenal.

The result of this dialogue is endless smiles and handshakes, but not the denuclearization of the Korean Peninsula. Trump’s visit to North Korea lasted just over a minute. More than enough, its critics say, to give a measure of legitimacy to a totalitarian regime with a dark history of human rights violations.